Who is Prince Hall 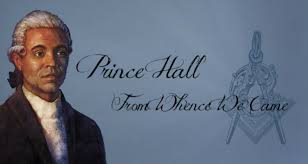 Prince Hall was an American Revolutionist, Abolitionist, Businessman, Minister, and Educator.  He was instrumental in the initiation of the establishment of one of the first public schools for Blacks of Boston in 1798 at No. 8 Smith Court, where the first Black church in Boston was located.  He also organized the first Black Masonic group and is given the title of FATHER OF THE FREE AND ACCEPTED MASONS.  Prince Hall School is the only school in the United States named after this great gentleman.

Prince Hall School is located in the West Oak Lane section of Philadelphia. Prince Hall opened in 1973.  Originally the school was to be named the West Oak Lane School.  The community, Mrs. Virginia Lee, Past Matron of Henry R. Shockley Chapter No. 68 Order of Easter Star, Deborah Grand Chapter PHA.PA (1st President of the Home and School), and Past Grand Master Howard A. Accooe, Past Master of Tuscan Morning Star Lodge No.48 PHA, PA petitioned the School Board of Philadelphia to name the school PRINCE HALL.  Prince Hall School’s mascot is the “Wise Owl” and our colors are Sky Blue and Grass Green which accounts for the school’s motto: “THE BEST BETWEEN HEAVEN AND EARTH.”